How Your Love for Teaching Shows In Your Classroom

Published by Manuela Willbold on November 17, 2018

Teaching is just as much an affair about emotional & psychological classroom management as it is about pedagogical skill – something I’ve learned over the course of my long teaching experience.

I have been teaching as a secondary school teacher for some time now. About 18 years to be exact. And during the course of my classroom experience, I have taught more than 3500 adolescents. Students undergoing all the physical, emotional and psychological rigors of their developing biology. Hailing from both the affluent and impoverished areas of the Commonwealth. Human beings, in fact, who were (and are) destined for big things. To shape the socio-economic & political circumstances of their communities, no less.

Because Love Yields a Response

Charged guns, who could sway either this way or that. Towards avenues either productive or those less so. Depending on who was available (at the opportune moment) to show them the way. A point that was strongly reinforced in a recent teaching skills article I read on my Xfinity Internet plan. A concept which we, as a society, cannot afford to lose sight of. Or become complacent about in the slightest degree.

This ‘who’ should be the teacher – and especially when no other reasonable guide is present.

But the toll exacted from this individual needs to be paid in love. In a potent and devoted form of affection that should form the bedrock of the entire tutoring enterprise. In a love that should show – to inspire change. 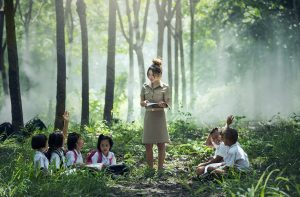 Because there really isn’t any other way to go about this mission. Yes, this word is not an exaggeration. A calling which requires a lot of patience. And patience is a virtue that can only be properly cultivated in the presence of true emotion. In the availability of feeling – which forms the crucial link between the participants in a classroom setting.

It is only then that any real instance of a two-way (teacher-student) learning process can start. Otherwise, the pupils’ future may be in jeopardy.

Because as a popular quotation from the Jurassic Park pop-cultural series goes, ‘Life will always find a way’. Though there is no guarantee of whether it will be a useful life or one that is a burden. Both to itself and to the people who come across it.

But this in no way means that any learner is less deserving of attention, warmth or sincere guidance. Because if we only favored those deemed to be ‘intellectually superior’ early on, we would turn into tyrants. In the vein of the worst Platonic ideal possible, as history liberally relates.

A teacher’s actual responsibility, in fact, lies in identifying the pupil who struggles. And then adopting liberating strategies that effectively resolve such hold-ups. Whoever said that teaching was just an exercise in throwing mere textbook-learned facts at a student audience lied! Because such a practice falls contrary to the entire ‘telos’ of this expedition. Which is to impart critical thinking and learning skills. And not encourage (horrifically) any framework of uninspired rote-learning.

Especially in today’s increasingly digital world is being an independent and creative thinker of upmost value to be fit for the challenges of tomorrow as educator Manuela Willbold analyses here: https://medium.com/@manuw1982/what-i-shouldve-learned-at-school-to-excel-today-14eba8245778

Teachers Need to Come to Terms with Their Role

For this to happen, a teacher needs to fully understand the gravity of his (or her) task. His sensitivity can determine if a student responds to his instructions positively. While his breadth of knowledge & experience can prove definitive in making the learner respect him.

So not an easy, or very clear cut, job description.

The idea of a ‘job description’, in fact, is misleading in this context. And what’s more, it can actually be dangerous. Because when a teacher starts to think of his profession as a job, travesty results.

The aim of the entire tutoring franchise, after all, is to critically reform a budding generation. In a manner which corrects the mistakes – both thought & practice-orientated – of a former. Because this is the only way in which any progress is possible. And a community made to move forward in a positive trajectory.

In my opinion, acting on this approach is in many ways the exclusive domain of the teacher. The individual, who in some overtly patriarchal cultures, is still often referred to as a ‘spiritual parent’.

The (ideally) professional who can serve as the reference point for learners to gain a healthy appreciation of the world. In as rational and empirically sound a way as possible. So that their overall success in the entire exercise of ‘living’ becomes a given.

But enough with my musings on this subject. I’d also like to give you (my reader) some practical wisdom to ‘play around with’. A method which can prove very handy for you as a teacher. And especially when you’re hard at work on a particularly rough learner. Who may not be responding to the more mind-geared tactics in your teaching arsenal!

In my experience, I’ve come to find that the most outwardly misbehaving students are the ones most ‘domestically challenged’.

Let me open this point up a bit.

These are the learners who may not be receiving their rightful dose of affection at home. From the parents who should have known better. Or those who may not be available in the first place, due to some misfortune. Because of which the child may be lacking in some necessary emotional input.

The Sheer Power of Actually Listening

Now as a teacher (and by all familial means, a ‘stranger’), you obviously can’t replicate a parent’s devotion. Nor should you attempt to. But you can do something that is just as profound & acceptable. And this is to deconstruct the concept further.

Affection, as deeper introspection will tell, is only partly concerned with physical expression. With hugs and kisses from mummy & daddy, at the drop of a hat. It is, more importantly, centered on understanding. 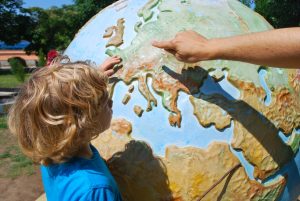 Understanding, in turn, is all about listening with a completely receptive mind. When such a communication link is open, it allows the pressured learner to vent. And in the manner of a hot steam ejection, to ‘let go’ of the issues that hurt.

Such an approach also helps to build respect – which I like to call my student ‘destabilization’ routine. Only I take care to never let them learn about it. For fear that my toolkit would be less full.

Interestingly, I recently evaded an attempt by one of my clever students to understand my secret. A particularly ‘sharp one’ who had been using his Xfinity double play deal to get me to rat out! But I managed to outwit him. With the offering of a McDonalds strawberry sundae to ‘chill things out’; as they call it nowadays.

Stephen N. Mills, a freelance writer with years of experience who has written on different topics which makes him a versatile and well-educated master of the written word.

Blogger, content writer and strategist
As an educator, blogger and content writer I have developed a great interest in e-learning, education technology, the digital economy and media. I regularly write for and manage various blogs and work for digital marketing agency ClickDo.

Blogger, content writer and strategist As an educator, blogger and content writer I have developed a great interest in e-learning, education technology, the digital economy and media. I regularly write for and manage various blogs and work for digital marketing agency ClickDo. 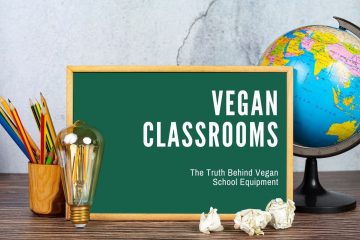 How Vegan are Classrooms? The Truth Behind School Equipment

There’s often a thin line when it comes to discussing certain ideologies in the classroom. Under UK Human Rights Laws, Veganism is a protected philosophical conviction, and every parent has the right to provide an Read more… 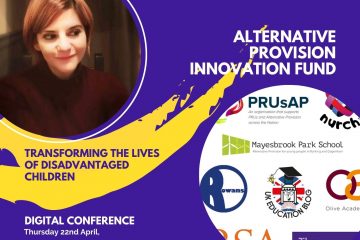 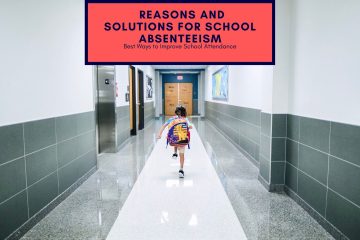 Parents try their best to keep their children in school as much as possible, however, the Coronavirus pandemic has shown, according to statistics published by the UK government, that school attendance in state-funded schools in Read more…

SAVE & ACCEPT
Get the latest Education News